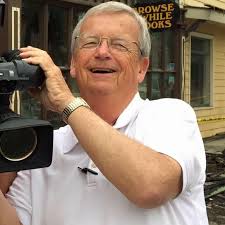 Since 1983, Baker has provided full-time coverage for News Center 7 as the Northern Bureau reporter covering Miami, Darke, Shelby, Mercer, and Auglaize counties. Steve Baker is a resident of Troy and is a graduate of Brunnerdale High School in Canton, and attended Edison State Community College and Wright State University.

To allow everyone to more fully enjoy the parade, and to ensure better safety for both the participants and the viewers, there will be no parking in the 300, 400 and 500 blocks of N. Main Street from 1:30 – 3 p.m. on Saturday, December 2.

As a service to the Piqua community Brookdale Senior Living will be handing out free hot chocolate at the gazebo following the parade on Saturday.  Immediately following the parade Santa will be visiting with kids and families in the lobby of the Library and the Piqua Arts Council will be hosting their Sounds of the Season concert at St. James Church on High Street 15 minutes after the parade concludes.  For more information about the downtown Piqua Holiday Parade call Mainstreet Piqua at 773-9355